The coronavirus outbreak ensured that the Year of the Rat didn’t get off to the most propitious start. Over 2,000 people dead so far, more than 80,000 infected and 40+ countries affected. Cities in lockdown, travel restrictions in place, plant closures mounting. Global trade, commerce, tourism, investment and supply chains in disarray.

Today, China’s economy is much more deeply intertwined with the world’s economy—a 17% share of global GDP with trade accounting for 34% of domestic GDP—than it was during the 2003 SARS outbreak.

A report by my team in Frost & Sullivan ‘The Coronavirus Outbreak and Its Impact on The Global Economy’ says that the best case, and also the most likely, the scenario is one of Gradual Abatement where cases remain concentrated in China in Q1 2020, before gradually being eliminated from March 2020. In this scenario, the global economy would grow by 3.1% in 2020 with China’s GDP growth slipping from pre-outbreak forecasts of 5.9% to 5.4%.

The report also finds that in the worst case scenario or what it terms the Severe Pandemic scenario, where the outbreak intensifies and spreads worldwide before being brought under control by June-July, global GDP growth could dip to below 2%.

Apart from applying the brakes on GDP growth, I also foresee the outbreak affecting key macroeconomic indicators like oil prices and interest rates. I believe oil prices will fall as a result of reduced demand from China, the world’s largest importer of oil, and lowered demand for jet fuel due to widespread travel restrictions. I also expect more and deeper cuts to interest rates than in 2019 as countries scramble to shore up their tottering economies.

Be Warned And Be Wary 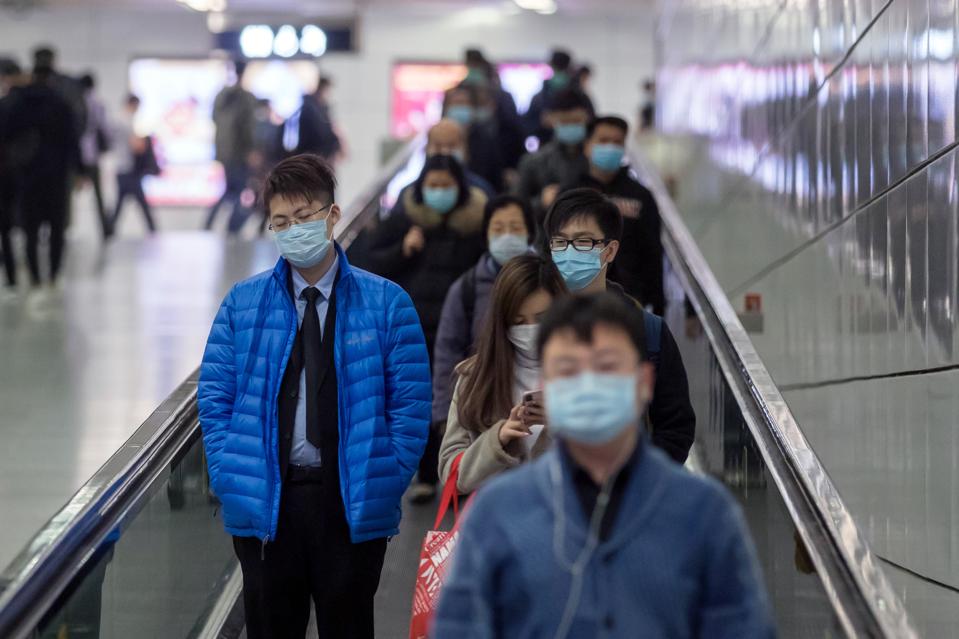 More immediately though, I’m concerned about the economic health of countries in Asia—Cambodia, Laos, Myanmar, Philippines, and Vietnam, among them—that are closely tied to China through trade and tourism. China accounts for nearly 60-90% of the exports and 50% of tourism revenues of these countries, leaving them particularly vulnerable to an economic slowdown.

I’ll add Japan, the world’s third-largest economy, to this list. Japan’s fragile economy is unlikely to be helped by the reduced supply of critical manufacturing parts from China. If the coronavirus outbreak widens and persists, I reckon Japan could slide into a recession and be forced to call off the 2020 Tokyo Olympics.

Another country that is particularly vulnerable is Germany, the world’s fourth-largest economy. Should the coronavirus outbreak deteriorate further, I foresee a potentially near-zero growth situation in 2020, with falling vehicle sales causing more heartburn for the German automotive industry.

India, the world’s fifth-largest economy and a major importer of electronics goods from China, stands to be affected by the higher prices of Chinese electronic components caused by supply shortages. Reduced imports from China are also likely to intensify food inflationary pressures in Q2 2020.

As for the world’s largest economy, the U.S. is likely to see a significant drop in retail imports in Q1 2020 compared to Q4 2019. There’s also a strong likelihood of the Chinese defaulting on several of the targets, including a $200 billion commitment to import U.S. agricultural goods (by December 2021), agreed to under Phase 1 of the U.S.-China trade deal of January 2020. Given the circumstances though, I believe that trade hostilities will ease up rather than intensify.

Africa, a region with deep ties to China, appears to have escaped the brunt of the outbreak. However, its incidence here could be problematic from multiple perspectives. It could overwhelm the weak healthcare infrastructure in the region, depress both commodity prices and export revenues due to the closure of Chinese ports, and diminish overall growth prospects.

Some Struggle, Others Thrive

The automotive industry has been particularly hard hit. Hubei province, the epicenter of the outbreak, is one of the five major automotive manufacturing centers in China, accounting for almost 9% of China’s vehicle production.  It’s also a hub for auto parts production and domestic and foreign automakers. Plant closures have already upended global automotive supply chains. And with stocks diminishing rapidly, a global shortage of auto parts looms which will affect production volumes in 2020.

I’d recommend postponing any intended smartphone purchases this year because factory shutdowns are causing an upheaval in supply chains, triggering delays in new product launches and dampening production in the high-tech manufacturing sector.

It’s not a good time to be in the travel & tourism business. Airlines, hoteliers, tour operators, restaurateurs, and transport service providers have all been hard hit as a consequence of travel restrictions on the busy China sector. Tourism-dependent countries like Thailand and Malaysia are also struggling economically as fearful tourists decide against venturing out.

But as they say, one man’s loss is another man’s gain. And it’s true in this case as well.

While the airline industry has suffered a blow, the private business jet aviation industry is seeing growth as the rich and wealthy use their jets for business trips and also to extract top executives and critical products out of China. JLR’s CEO even remarked that they had got vital car parts out of China in a suitcase.

There are other industries like online retailing that are experiencing a growth impetus with Chinese exhibiting greater openness now to buying cars online as opposed to going to dealerships. Online food delivery services are also, understandably, flourishing as are other kinds of contactless delivery services.

Then there’s the healthcare industry where disrupted supplies of pharmaceuticals, medical equipment, and biotechnological devices threaten growth prospects. On the other hand, the demand for face masks has gone through the roof. I have been trying to lay my hands on a couple of them for the past three weeks but haven’t succeeded. 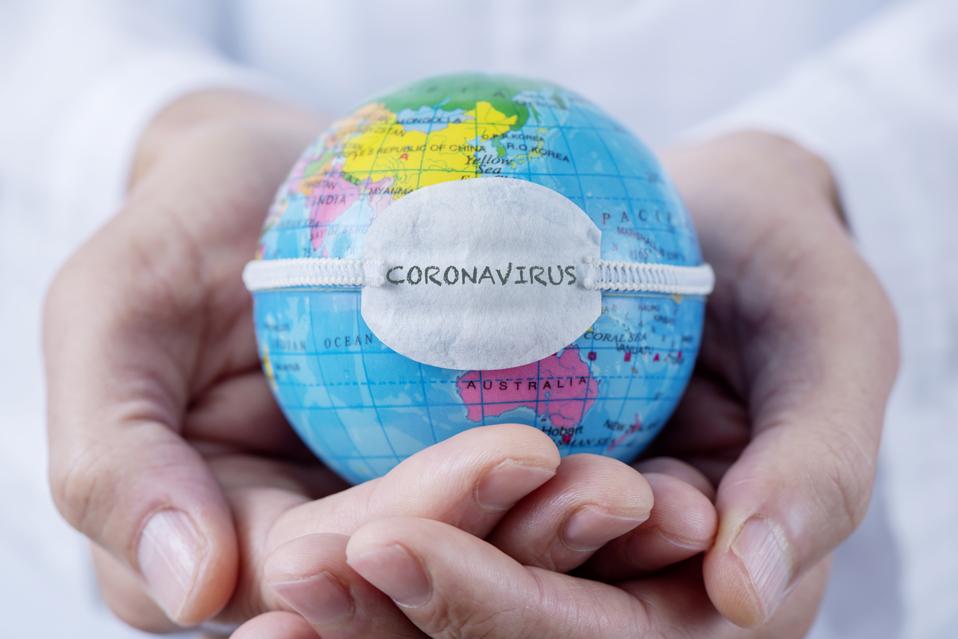 Containing disruption to an acceptable level

Two days ago, all employees at our company received a message stating that a business continuity management process would be implemented “to reduce the disruption caused by disease outbreak to an acceptable level through a combination of preventative and recovery controls.”

And that’s exactly what businesses across the world need to be doing. Safeguarding their prospects through smart, pre-emptive strategies, whether it be aligning with likely scale backs in discretionary spending in China or diversifying supply chains to include non-China based suppliers.

As the effects of the coronavirus outbreak continue to spool out, here’s my own bit of Confucian advice: be warned, be prepared and, most importantly, be hopeful.

How To Use Employee Feedback For Business Growth

Is A Media Mix Right for Your Brand?

Pricing experiments that can help your business increase revenue

What is Customer Relationship Management (CRM)? The 2020 Guide

4 Free Google Marketing Tools You Should Be Using

5 Quick Questions To Audit And Upgrade Your Key Marketing Messages

The Ultimate Guide to Product Marketing in 2020

7 Powerful Persuasion Tactics to Close Your Next Deal

What You Need to Know About Creating a ‘Do Not Reply’...

How to Get Quality Customer Feedback: 15 Best Ways

3 Ways Your Cold Email Campaigns Need to Change in 2020

The Ultimate Guide to Product Marketing in 2020

How to Create a Sales Plan: Guide + Template